Climate Change is not an Equal Opportunities Destroyer 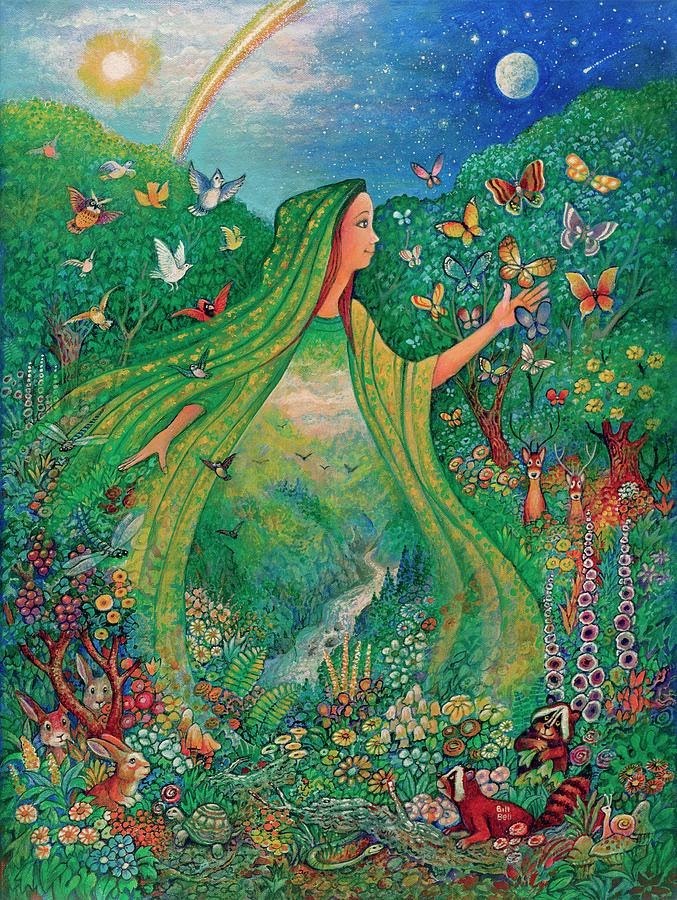 Women are described as being more in touch with nature, made explicit in this depiction of ‘Mother Nature’.

The intersection of feminism and climate justice is talked about a lot in the media, but the promotion of ‘feminist solutions’ to the climate crisis undermines the obstacles that women are faced with every day.

International Women’s Day rolls around once more as society takes stock of how much (or little) progress has been made in promoting gender equality and dismantling the patriarchy. In recent years, more attention has shifted to the role of women in fighting against climate change, highlighting the need to promote female empowerment as a means to combat the crisis. No doubt, it is a feminist issue given that women are more likely to suffer the effects of climate change. However, addressing gender equality in this way can actually slow down progress because it pushes women into a role of climate activism instead of focusing on removing the barriers that prevent women from achieving freedom and independence in their lives.

Worldwide, women have been identified as among the most vulnerable to climate change. They are more likely to live in poverty than men which makes it harder for them to adapt to the impacts of climate change, and they have little to no political power to voice their issues. In many societies, women’s work is reliant upon stable environmental conditions : gathering firewood, collecting water and producing food often falls to women. As weather patterns become more unreliable and erratic, women are forced to walk further distances to reach water, and they may be unable to grow food for their families. In climate-affected areas, men often migrate to urban areas in order to gain employment which means that women must carry out care duties as well as providing for the immediate needs of the family. Unpaid care work has already been identified as one of the obstacles to gender equality, as it has profound impacts on girls from a young age - household chores can take precedence over attending school, and women with excessive caregiving duties cannot work in the formal labour market. Women are often unable to flee these climate-affected areas due to their lack of independent financial resources, and even when they do escape droughts or floods, they are often at risk of violence along the journey and in their new environment. Many women are trapped in a vicious cycle whereby they have few options to escape from poverty, and it is this poverty that makes them more susceptible to the effects of the climate crisis. 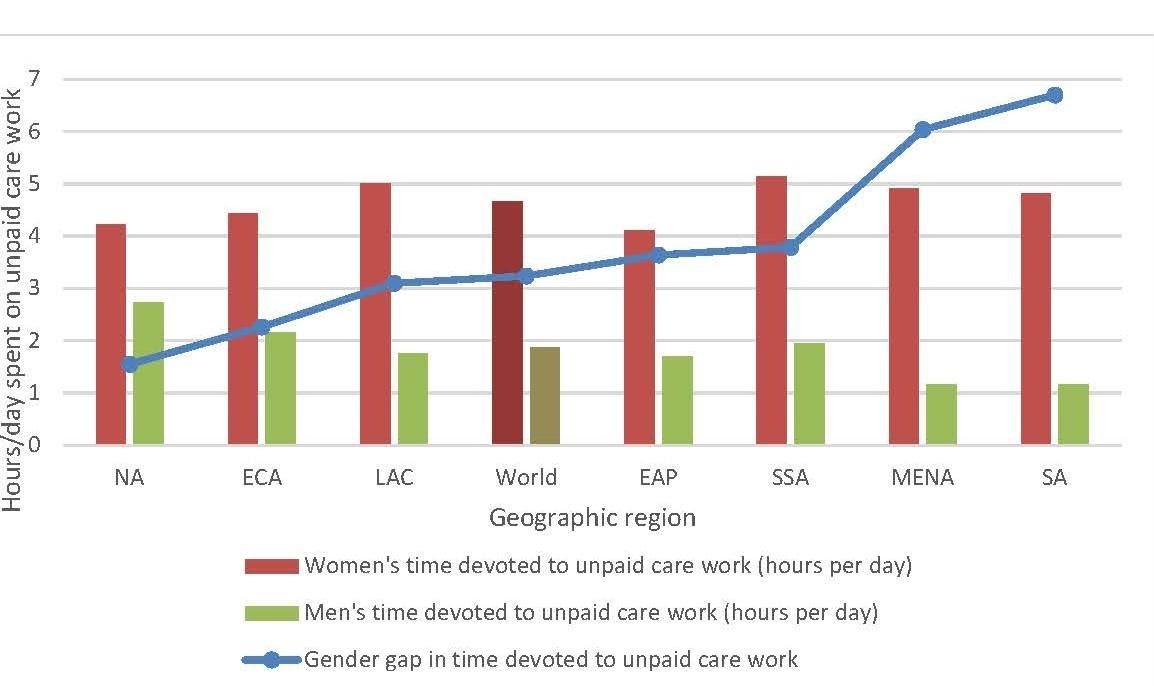 Interestingly, women and the environment have been intertwined for a long period of time. From early on, the feminisation of nature (‘Mother Earth’, the environment as the life support of humanity) established the environment as a site for exploitation, following the same pattern of oppression carried out against women. An elite minority have profited from the environment just as they did from the unpaid and undervalued work of women, connecting the experiences of women and nature together. As gender equality has become an important topic in environmental agreements, so too has the protection of nature and its resources. However, conservation schemes and carbon offsetting forestry have mostly received attention because they allow the global elites who are most responsible for climate change to shift the responsibility of climate action elsewhere. Women’s rights are being treated in the same way to an extent. Across the media and in policy documents, the actions of women combatting climate change have been praised, which is of course a huge milestone for the feminist cause. However, this can be easily manipulated to assign women a larger responsibility to take climate action, valuing their equality only as a mechanism to reduce the effects of climate change, rather than genuinely encouraging their liberation. 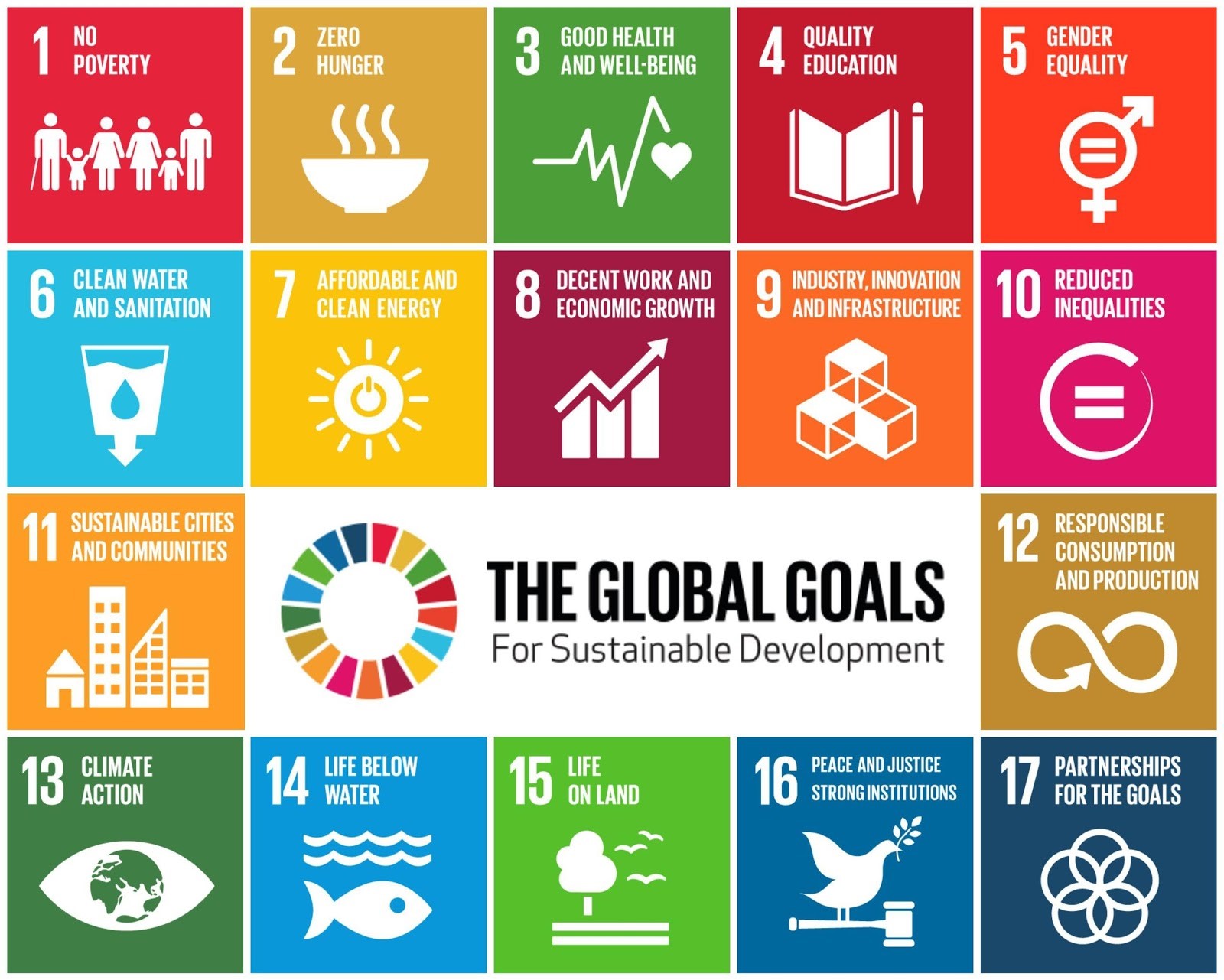 This International Women’s Day, it is the responsibility of every individual to examine where their feminist convictions stem from (this includes everyone, not just women). There are millions of women doing incredible things for our planet which only deserves even more praise in light of the structural restraints and hurdles they face on a daily basis. Women have the ability to transform policies and create lasting change in their societies, and their potential should not be dismissed. However, we must create a society where women are free to pursue their own development, creating the conditions for self-realisation that encourages their contributions without burdening them with additional responsibilities. No doubt, we must all come together in this climate crisis, but to do so,we must dismantle the patriarchy in order to break the many cycles that have led us to this crisis in the first place. 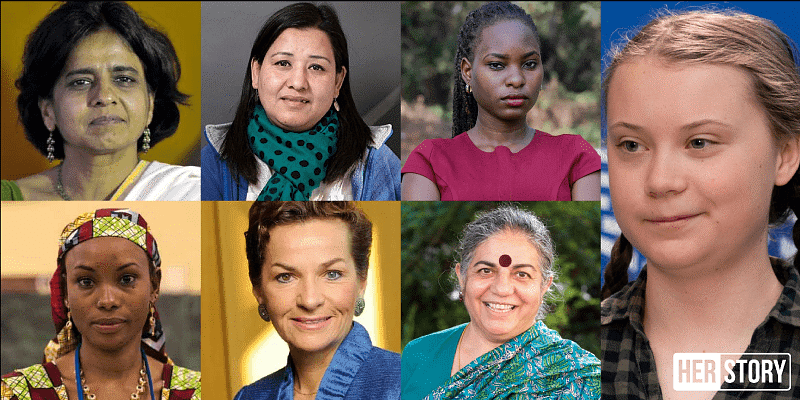 Some of the women paving the way for climate action.