An insight into foreign textile markets from our Swapshop Coordinator 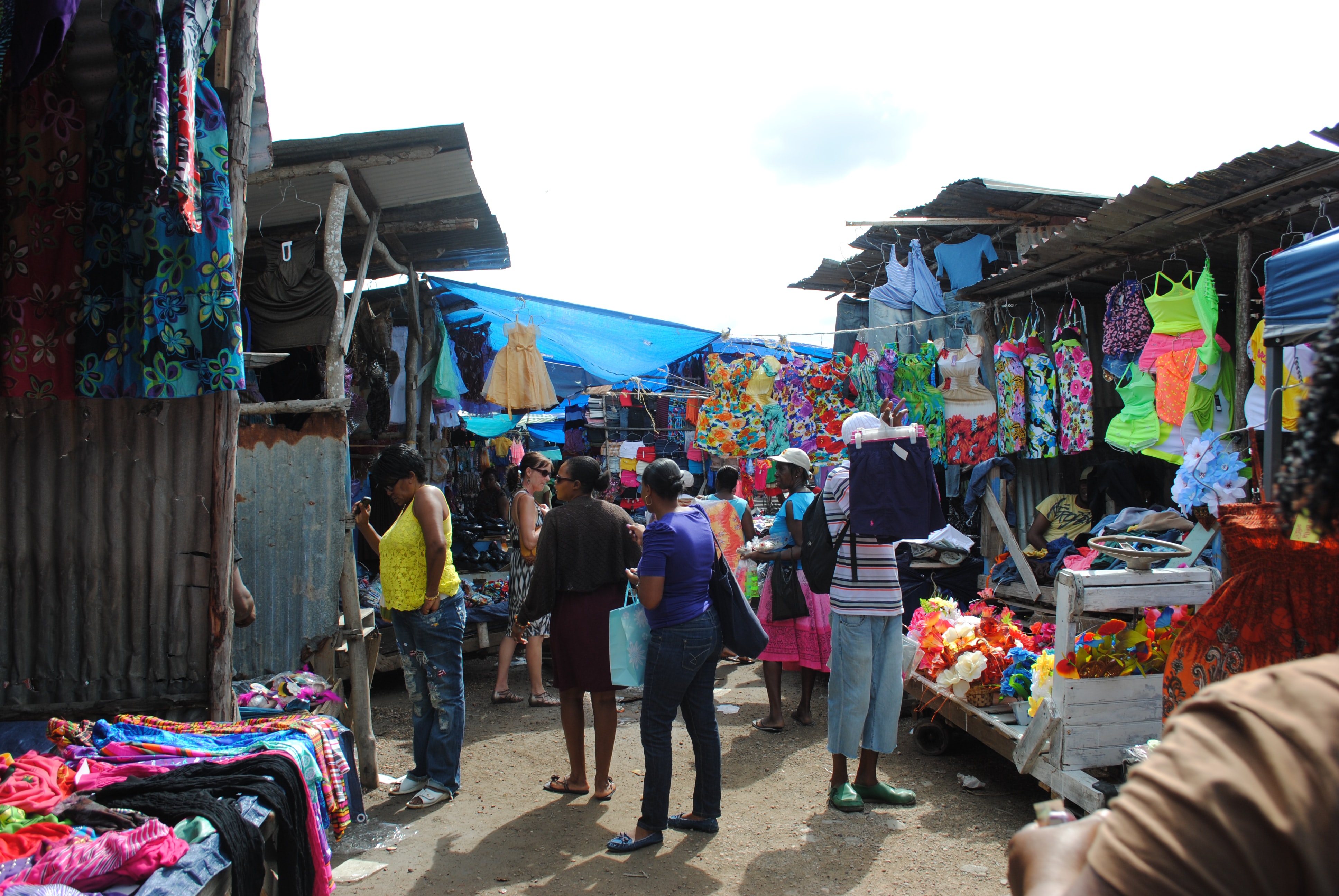 Based on UK Government statistics, it is likely that over 400 000 tonnes of used/second-hand textiles are exported each year. They are sent abroad, labelled as aid and sold on in textile markets for very low prices.

Are foreign textile markets not a good thing?

At first, foriegn textile markets sound like a great idea. We are sending clothes to countries where they will be reused and told that they go to people who may not otherwise be able to buy their own clothes. These markets, however, have been associated with destroying local textile economies. The second hand clothing enters these countries as ‘aid’ and is often not taxed, meaning that these clothes are incredibly cheap and undercut the prices of things produced locally. This means that people no longer buy locally produced items and local companies can no longer survive. In Akan, the most widely spoken language in Ghana, these clothes are referred to as “Obroni Wawu” which roughly translates as “dead white man’s clothes”.

The number of items sent to these markets is also problematic. According to the American NGO the OR Foundation, before the pandemic, 15 million items were arriving in Ghana each week. For a country with a population of 31 million, this is one new garment per person every 2 weeks. It is crazy to assume that all of these items can be used and are genuinely needed. According to the same NGO, around 40% of the items that arrive in Ghana end up discarded. Given that there are concerns with microplastics polluting the areas around landfill sites as synthetic textiles start to degrade, we, as rich western countries, are using foreign textile markets as a way of pushing the problem of soil and water pollution onto other countries rather than dealing with it in the countries where these clothes are worn and used.Considering that there are already social justice concerns around the rights of garment workers, the fact that we are now exploiting other countries at both ends of the supply chain cannot, in any way, be considered fair.

Last year, there were some discussions of Kenya stopping its ‘mitumba’ second hand clothing market due to concerns that it was having negative impacts on the local economy and local business. It has now been announced that this will not happen. The USA have threatened to remove Kenya from the African Growth and Opportunities Act (AGOA) for ‘violating safe trade’ between the USA and Kenya. This is effectively blackmailing Kenya into continuing to act as a waste dump for the USA. This was not an idle threat, the same thing has already happened with Rwanda where they were not allowed to be a part of AGOA as they wanted to increase the taxes on second hand clothing to give their own textile markets a chance. If we want to say that we are helping other countries, we should be doing it on their terms,not forcing them to take more textiles than they can ever use, a large proportion of which end up in their landfill sites instead of ours.

Is there a solution?

As well as pointing out problems, we want to highlight things that can be done to change them.

Textile recycling: It is still hard to find much information on Textile Recycling, however it appears that less than 1% of second hand textiles are being recycled in the EU. Researching textile recycling could help us to deal with clothes at the end of their lives, as well as giving us a more sustainable and local source of fibres for creating new clothes.

Dealing with this problem in our own countries: I once suggested to someone who works for an environmental organisation that we should stop sending clothes abroad and their response was to ask what we would do and how we would cope with it all. To me, this is exactly the point. While we continue to send so much abroad, it is a problem that we do not have to see or deal with. If we stopped sending so much to other countries, we would be forced to confront the issue of our overconsumption and develop ways of dealing with these textiles rather than ignoring them. There are many people within Scotland and the UK who cannot afford new clothing and who could be supported by these clothes being given to local groups.There are also many people who are happy to buy second hand clothing or turn old clothes into new items that can be reused such as the Ian Snow Scrap Scrap Scheme.

We can still recognise that as a country with a lot of wealth, we may be able to help people in other countries by sending supplies abroad, however this should only only be done if things are asked for so that we send over things that are genuinely needed and each country or group is in control of what and how much they take.